Menu
Install the app
Welcome to our Community
Wanting to join the rest of our members? Feel free to sign up today.
Sign up
You are using an out of date browser. It may not display this or other websites correctly.
You should upgrade or use an alternative browser.

Looking at the design of the ASUS ROG Swift PG24AQDM, it can be seen that in this generation of monitors ASUS has changed the design language, no longer using Mayan motifs or spaceship style like many previous products, but instead it's a simpler, cooler design. Legs up to 3 are more familiar, the large tower has holes for wiring, the screen joint is quite flexible, can increase or decrease the height, rotate, tilt, and tilt. The back of the monitor has an Anime Matrix-style ROG logo. 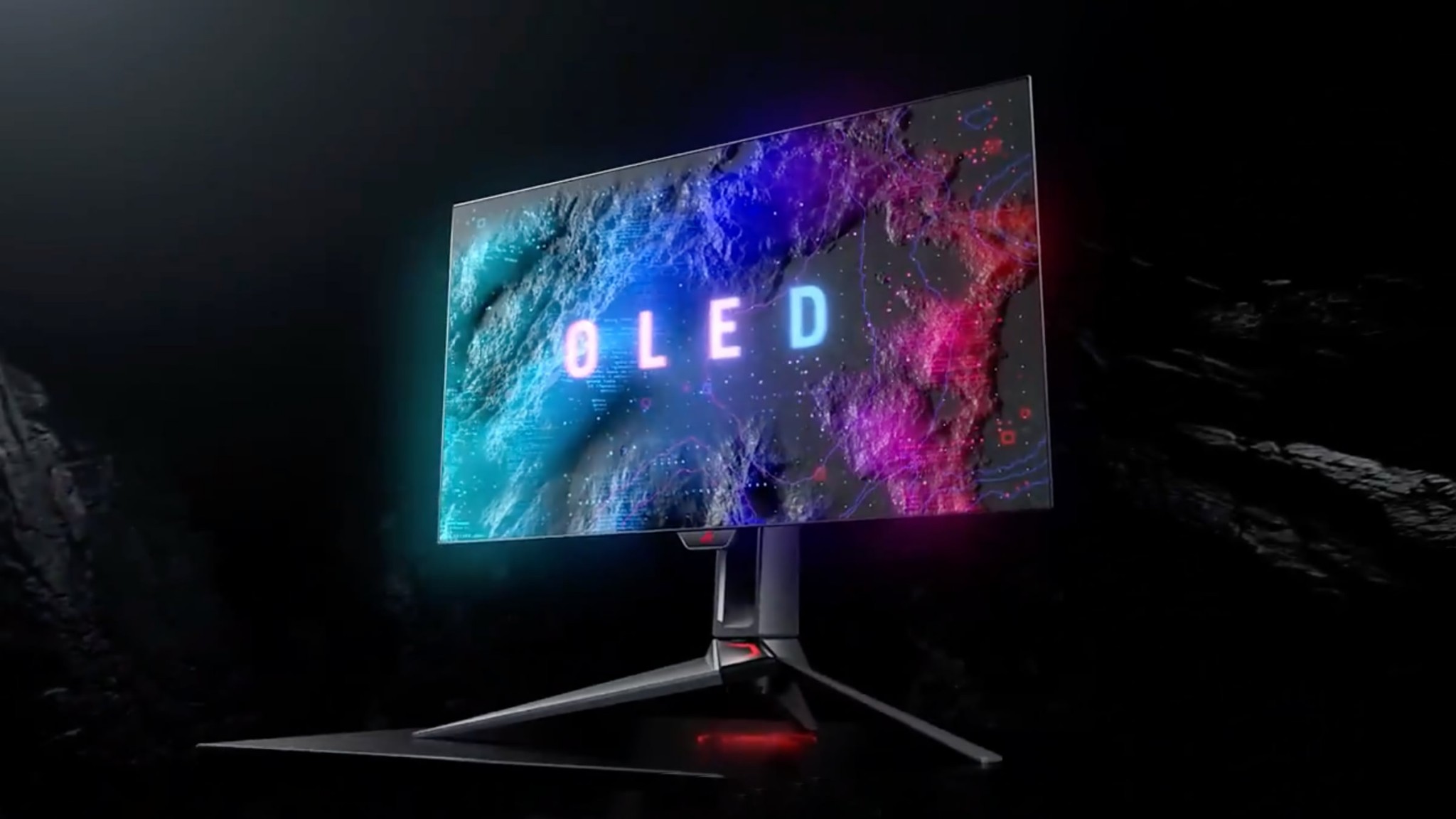 The screen part and screen border are both very thin because it uses an OLED panel, without the need for a backlight. ASUS has previously launched OLED screens for gamers, but in sizes from 40" up, this is the first time the company has used this panel for a 27" screen. 27" QHD resolution is slowly becoming the standard for gaming monitors because it balances display space and definition.The 240 Hz refresh rate will give competitive gamers an edge. Not to mention, the OLED panel will give good display quality, large color gamut coverage and especially very high contrast.
It is unclear about the response time of this monitor, like the 27" LG UltraGear OLED, this monitor has a response time of only 0.03 ms and it is possible that ASUS uses the same panel as the 27" UltraGear OLED. ROG Swift PG24AQDM will be officially launched by ASUS at CES 2023 in early January.